Our team is committed to educating our clients on how to keep their pets healthy year-round, with good nutrition, parasite prevention, wellness planning, and exercise. We stay on top of the latest advances in veterinary technology and above all, knows that all animals and pets need to be treated with loving care in every check-up, procedure, or surgery. 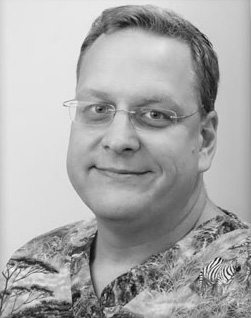 While growing up in Whittier, California, Dr. Richard Thompson's love and respect for animals was engrained at an early age. "My parents motivated me to become a vet," he says. "Our own family pets were always referred to by their names; never just 'the cat' or 'the dog.' This instilled a sense of true companionship with the animals that shared our home."

Living close to Los Angeles, Dr. Thompson had the unique opportunity to work with Hollywood animal trainers during his undergraduate training at California Polytechnic University at Pomona. Dr. Thompson says the job consisted of "walking leopards and wolves, handling eagles and monkeys, working with alligators and pythons, and cleaning a whole lot of cages." After earning his bachelor's degree in animal science, Dr. Thompson attended Ross University School of Veterinary Medicine, graduating with honors in 1991. While in college, Dr. Thompson was active in the Pre-Veterinary Club and the Poultry Science Club, and was president of the Circle K fraternity.

After practicing at the Avon Lake Animal Clinic, Dr. Thompson purchased The Family Pet Clinic from retiring owner Dr. Harry Bartles in 2000. A few years after joining the practice, Dr. Thompson received an unexpected patient. "An animal trainer was promoting a new TV show," Dr. Thompson explained, "and while traveling through Ohio, his infant chimpanzee's health certificate ran out of date. He called The Family Pet Clinic after having called five others, and was surprised that I was willing and licensed to perform a physical on a baby chimp. Because the anatomy is so similar, I had to think back to the methods our kid's pediatricians used. The chimp was very well behaved and everything went well."

With professional interests in internal medicine, soft tissue surgery, geriatric medicine, and small exotic animal medicine, Dr. Thompson says the most satisfying part of being a veterinarian is "when a sick patient recovers from my actions - it makes it all worth it." Dr. Thompson has two golden retrievers named Riley and Jack; a tortoise shell cat named Tilley; a chinchilla named Chico; an African sulcata tortoise named Shelly; and a beta fish named Carl. He is a member of the American Veterinary Medical Association, the American Animal Hospital Association, and the Veterinary Information Network. 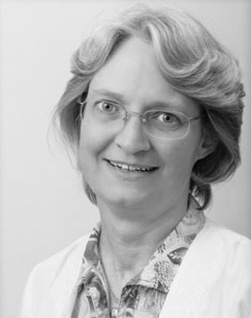 For Associate Veterinarian Terri Jean Slezak, it all started with a poodle.

"I have always felt a special connection with animals," she says, crediting her mother, grandmother and great-grandfather with motivating her to pursue veterinary medicine. That connection was felt early on when, as a child, she was asked to look after Gigi, her neighbor's pet poodle. When her neighbors relocated, her family adopted Gigi as its own. Years later, she says her favorite part of her job is "educating clients on how to better care for their pets."

Dr. Slezak lives with her husband Philip, two sons Stephen and Peter, and her mixed-breed dog Sparky. In her free time, she enjoys reading, hiking, birding, and mah-jong. 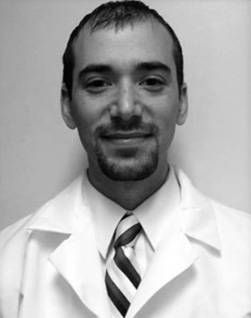 Ohio native Dr. Eric Allie joined the team at The Family Pet Clinic in February 2015. He's been interested in helping to care for animals since his early youth, when a family veterinarian set an inspiring example. "As a child I would always go with my parents to take our animals to Dr. Richmond," Dr. Allie explains. "He was always so calm with our animals and they never seemed scared. I knew I wanted to be just like him."

While Dr. Allie enjoys all elements of the work he does with clients in the community and their animals, he says the most satisfying part of being a veterinarian is seeing people's happiness when they know their animals are well taken care of. "I know I've done a really good job when the tails don't stop wagging!" Dr. Allie says.

He is the pet parent to a rescue greyhound named Amhurst and two crazy cats: Finn and Peanut. In his free time Dr. Allie enjoys camping, hiking, backpacking and spending time with his wife Valerie and their son Abram.

Veterinary technician Jamie Smith first came to The Family Pet Clinic as a client and later joined us as a full time employee in September 2011. Prior to obtaining her associate’s degree in veterinary technology and her license as a registered veterinary technician, Jamie worked as a veterinary assistant at an emergency clinic in 2003. At The Family Pet Clinic, Jamie specializes in nursing care of very young kittens and adds that “twelve years of working with the public helps when it comes to working with the other end of the leash, the client!”

Jamie has two dogs, Timmy and Corona, and three cats, Kobe, Izzy, and Callie. She also provides a foster home for kittens and cats. When she’s not at work, Jamie spends her time walking and hiking with her dogs, shopping, scrap booking, and spending time with family and friends.

As The Family Pet Clinic’s practice manager, Carrie Vekas is responsible for managing the front desk team, billing, and other various client services. She joined the clinic team in 2001.

“I love our clinic!” she says. “We’re truly like family here. Each person has such passion for his or her job and a deep love for animals, and our doctors have an amazing bedside manner with both patients and their families.”

Carrie has three dogs, two chinchillas, and two cats. In her spare time, Carrie enjoys hiking and other outdoor activities. “I’m very involved in fitness,” she says. “I help others pursue a healthier lifestyle, and I’m an avid reader.”

In addition to veterinary technician Ashley Silla’s punctuality and reliability, she has a winning smile, which plays an important part in making The Family Pet Clinic’s clients and their pets feel comfortable and welcome. Ashley’s responsibilities include assisting the doctors during surgery and examinations, processing laboratory samples, interacting with clients, and playing with the animals. She has an associate’s degree from Columbus State Community College and earned her bachelor’s degree in animal science from The Ohio State University. Ashley joined our team in June 2011.

“Everyone at The Family Pet Clinic is like a family,” Ashley says. “We not only care about our patients and clients but we care about each other, too. I like the variety of pets that we see and I am proud of how well we work together as a team.”

At home, Ashley cares for her two chinchillas, Chubbs and Nugget, and her three dogs, Lambo, Ferra, and Kiwi. She and Kiwi are involved in Therapy Dog International. In her spare time, Ashley enjoys cooking, shopping, and spending time with her family, friends, and pets.

Since 1999, veterinary technician Amy Allen has been helping care for pets at The Family Pet Clinic. She is self-taught in the art of cat grooming and has logged in many hours of loyal work at our clinic. Her tasks include inventory management, client education, performing and processing laboratory tests, and administering various treatments to pets.

When asked why she loves working at The Family Pet Clinic, Amy responds, “We treat our clients with understanding and respect. We provide personalized care that goes above and beyond what most clinics will do for animals — and for clients.”

At home, Amy cares for her two Boston terriers, Ringo and Otis, as well as her four cats, Ace, Rebel, Johnny Thunders, and Isis. She also makes time to play with her rabbit, Pongo, and her pet turtle. Amy’s free time is spent playing with her young daughter, Charlotte. Together, they love visiting the zoo and the aquarium. Amy also enjoys spending time with her family and … cleaning!

With her years of experience and her ability to successfully multi-task, veterinary technician Maureen Riley has been a long-time asset to the The Family Pet Clinic team. Her responsibilities include assisting the veterinarians during examinations and surgery, processing laboratory samples, and managing the hospital’s daily schedule. Maureen has been a Family Pet Clinic employee for 29 years and enjoys “the fast pace, my co-workers, and the diversity among pet owners and their pets.”

When not at the clinic, Maureen enjoys reading and motorcycle riding.

Dee Dabila is The Family Pet Clinic’s receptionist and is responsible for most of the administrative duties of the practice. When asked about her favorite part of the job, Dee says it’s the people.

“It’s a great place to work,” she says. “The team is vested in their jobs. We have a great team here.”

Dee joined The Family Pet Clinic 22 years ago under its previous owner, and has worked with the current owner, Dr. Richard Thompson, since the year 2000. When not at work, Dee enjoys the “simple pleasures in life,” such as spending time with her family and her two dogs and two cats.

You and your pets are our extended family.